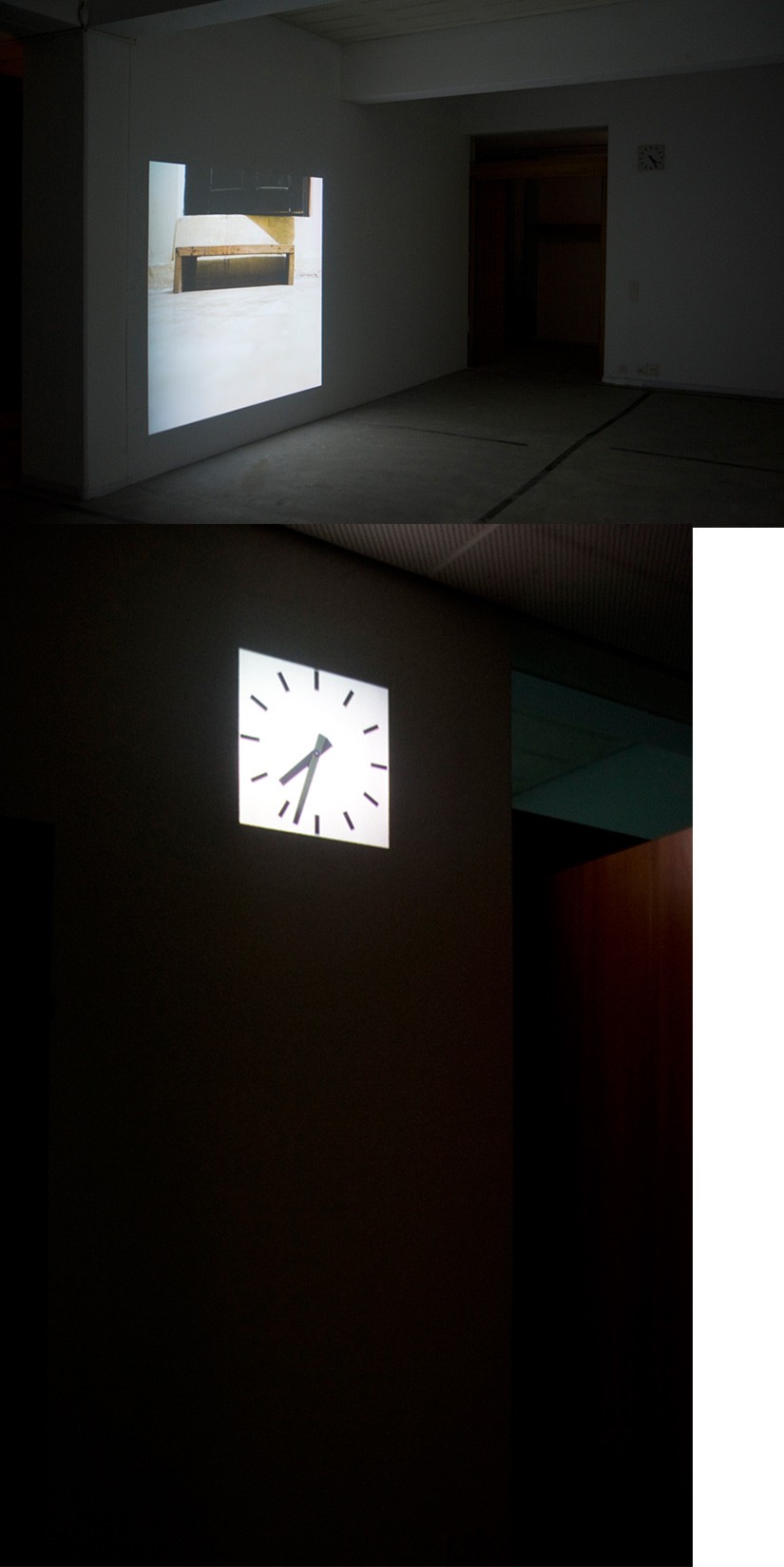 Sulser’s work in Counter Space presents in a double project «Changing room» of 360degrees rotation, an extract of Alice Boner’s dressing room in Varanasi in the Indian state of Uttar Pradesh. Audible in the background are sounds of sitar from the daily practice of the musician Mahadev Cometo (The Young Gods). Another projection records the wall clock of the exhibition space, which is an integral part of the architectural concept of the architect Haefeli Moser Steiger (HMS). During the opening of the exhibition, the wall clock depicts on the reserve side the time anticlockwise.